Perhaps it was a decision I made ahead of time. The "feeling of okay", I mean. Okay about my current state of hair. When I told my boss I had more hair than he this afternoon, he jokingly mentioned taking my wig off. I did.

The impulse that grabbed me didn't leave fingerprints. It was as if some invisible power had been waiting patiently for the opportunity of unveiling. My boss was shocked and so was Bridget. I called Michelle over the cube farm to come and see. She squealed happily when she saw me and immediately told me how cute I looked. Michelle even said I could pull off the short hair because I had my glamor make-up on. It made me feel good.

When the awe of surprise that had taken us all subsided, I put my wig back on. Embarrassment had nothing to do with it. They understood how I felt about having short hair and not being able to curl it yet with a styling iron. I looked like a completely different person with the wig off. And that's just it. I want to look like the me I know as much as I can until I can no longer hide the evidence of my recent journey. I will be forced to look like a different version of me again soon enough. By February 2011, I suspect I will lose the wig permanently and have the fourth incarnation of a look since January of this year.

Posted by helloagol at 9:50 PM 2 comments

Giving Birth to Myself

I feel like I have given birth to myself. With a dark cap of hair and a blank slate to create my life, it should be more of a momentous occasion. No angels' trumpets heralded my arrival. There were no cigars handed out or a shower given. The realization came to me last weekend after my dad and stepmother left me after a short visit...

The wig is still in place until my hair grows long enough to make wearing it very uncomfortable. Combing magazines and surfing the Internet for a sexy yet edgy hairstyle have not yielded the choices I thought would be open to me. Mia Farrow or Jamie Lee Curtis I am not; I have a round face rather than a gamine one.

My body isn't the shape I want, but it is still healing. I didn't know it would take so long. Actually, I was told it would take long. I just refused to believe it. The one thing that makes me smile is I am able to bend down in half without any discomfort. That is a mini victory!

The vows to meet more people and do more different activities are being lived very well. Since I last posted, I attended an ovarian cancer awareness activity. September was Ovarian Cancer Awareness Month. I took the first Friday off and to help tie teal ribbons around park trees in downtown Tampa and to pass out 'symptom' cards to passersby. This activity also had me reconnecting with an old friend from eight years ago.

A young woman I thought I recognized had walked by me in the park during lunchtime. I said to myself that if she walked through the park again, I would talk to her. She did and it was indeed who I thought it was -- LisaK! It turned out that she thought she recognized me but knew that the Sarah she knew would never cut her hair to her shoulders. (See!) Long story short, we've reconnected in the last month and we are continuing to build our friendship again. Yay!

My weeknights have been spent out having dinner with friends and new groups of friends. I even went to a baseball game a vendor from work invited my team to last Wednesday. We received VIP treatment which was fun. The weekends for the month have been half busy unlike October which has all the weekends booked. It sounds pretentious but it is true. You tell the Universe your desires and it might just answer you.

The most important part of last month was my dad and stepmother's visit. To say I was apprehensive about seeing them again was a colossal understatement. They had also decided to make me their first visit on their tour instead of last which pushed up the dates to the end of September. It was a week's notice. Ugh. I had managed to avoid them for six years. Yes, six. Their presence reminds me of my (perceived) failures as a female -- no children and no husband. Out of six children between the two of them, I am the only one who has not been married and procreated.

Luckily for me, I had my shrinky dink appointment just hours before my parents descended upon me. The therapist reminded me that I have a connection with my stepmother that the other girls will not have -- cancer. She was right. We discussed our own journeys during their two-day visit. They arrived in time for lunch which I cooked. I also served a birthday cake I bought for my stepmom. It was to make-up for forgetting her birthday earlier in the month. She loved it. They checked in to their hotel later in the afternoon and came back so I could drive us to a legendary Spanish restaurant downtown for a very nice dinner.

I planned their second day visit with me. We went to a special art exhibit and a couple more art galleries by the beach. The late afternoon was spent meandering around Ikea followed by a casual dinner downtown. I would be lying if I said I had not enjoyed myself. On the whole, the reunion was great and liberating. It was a strong punctuation to the events of the last nine months.

Two of my sisters who live a couple of hours away had started an e-mail/facebook message campaign a week before my dad and stepmom came to visit. To this day, I have not answered them. You don't get to come in at the end and all of sudden remember I exist. Where the hell were you the last nine months?! My parents know how I feel about their recent attention that I am sure was motivated by their visit. I have since received another facebook message with a heartfelt apology on their deplorable behavior. A response may come from me. Not today. I have a forgiving and loving heart, but this is difficult. My silence is a reflection of the silence they have shown me. Even nice people have limits.

Before I forget, please say a prayer for Tawny and her family. Her mom is not doing well and is expected to cross over soon. Tawny, her sister and her niece are in Iowa right now for an emergency visit. This has been very hard on her and I just keep sending her my love through texts. Every little bit of love and prayer sent her way helps.

One of the things that has kept me cheery is spending time with my cousin's young children. They remind me of how cool childhood can be. I had made a shopping offer last weekend to 11-year old Kristen. To test her I told her she needed to call me the following Thursday to let me know if she could go. She did via her mother who confirmed our plans. Kristen spent the night on Friday and we toiled on Saturday shopping, lunching, watching a new movie and more shopping. This time she was not limited to minutes trying on clothes. It is a luxury when two younger brothers are around. The focus was solely on her this time. Later her parents and younger brothers stopped for the pizzas I had ordered for dinner on their way to pick her up. We scarfed down pizzas and some ice cream for dessert before they left.

I have been recovering today from a two-week nonstop whirlwind of activity. A blog update was also in order to let certain folks know I am still alive and doing well. I expect more spectacular adventures coming my way. Let's enjoy them together.

PS We need to bring some comedy back to my posts, too. I have had some comedy since my last post. It just doesn't seem appropriate today for some reason.

Giving Birth to Myself 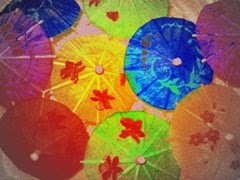 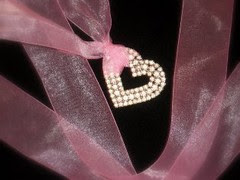